On February 23, 2017 Victoria based Delusional Productions began auditioning and assembling a collaborative theatre troupe of adult artists with developmental disabilities. Together they began a year long project, to write, compose, rehearse and perform a new original musical comedy variety show unlike anything anyone has ever seen.

This distinctive and important project was awarded one of the few Canada Council “New Chapter” grants given out for Canada’s 150.

The result of this project is “The GREAT BIG SHOW” which will have its world premiere at the McPherson Theatre in Victoria, BC., Feb 7-10, 2018.

A cast of 25 adult artists with developmental disabilities accompanied by a 7 piece rock band will take you on a hilarious and inclusive musical journey that simply could not have been created by anyone else.  The writing is brilliantly unique. The enthusiasm and joy that these artists bring to each performance might just make you fall back in love with humanity.

Act one of the GREAT BIG SHOW is old school vaudeville, hosted by Kathy Henshaw, the self-proclaimed Queen of Canada. It starts with a lighthearted ditty by the “3rd funniest autistic comedian in Saanich” Curran Dobbs. The song is called “Everybody Dies”. The show continues with songs like “Daddy You’re Being Way Too Cheap” and “Cryin’”, before taking a profoundly beautiful and somber turn with “My Brain is a Bully” written by Mairi Chester. The piece is choreographed by a professional dancer with Downs Syndrome and survivor of a near fatal H1N1 infection, Brad Magnus.

“My brain is a bully, every night I have nightmares, they feel so real, like somebody is trying to ruin my life from inside my brain… When I wake up I feel so much pain from my dreams, there’s a girl who wants to murder me. I just do not understand why my own brain hates me, let it go, let it go, let it go… I just want to be ok”

Act 1 ends with artistic director Wes Borg being cartoonishly pummeled in a wrestling match with James Leonardo, a 34 year old actor who has had 59 brain surgeries as a result of hydrocephalus and birth defects.

Act 2 is a somewhat bizarre romantic musical comedy that explores themes of male machismo “I’m a Bachelor, I’m a MAN”, feminism, “Whatcha Gonna Do (When The Boys All Hit On You)”, and the triumph of defiantly innocent love over all obstacles. It’s heartwarming, honest, profound, and makes a lot more sense than “Mama Mia”.

“The GREAT BIG SHOW” was partly funded by a $120,000 Canada Council “New Chapter” grant which allowed the artists to mentor with such luminaries as Brad Fraser, Alice Nelson, Kris Demeanor, and Geoff Berner throughout the creative process. But most importantly, it meant that every single artist was paid $23/hour for every workshop, rehearsal, and performance. For some, this was the first time they received a cheque made out in their name.

Wes Borg is the artistic director, Britt Small is the staging director, Kathryn Popham is the executive director, and Carolyn Mark is the musical director and co-composer of many of the songs in the show. 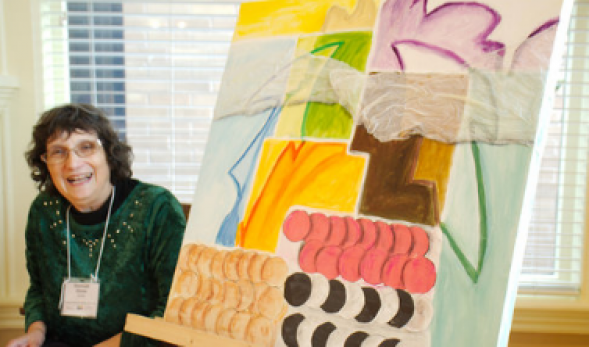 Artist Devorah Stone said she treasured the experience of a blind person discovering her work.… 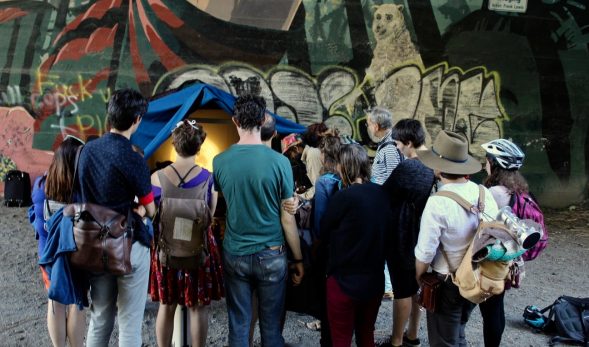 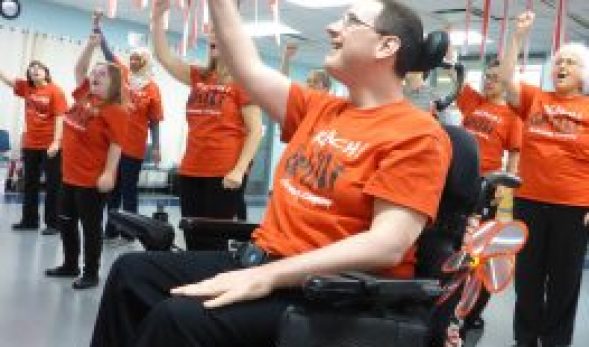 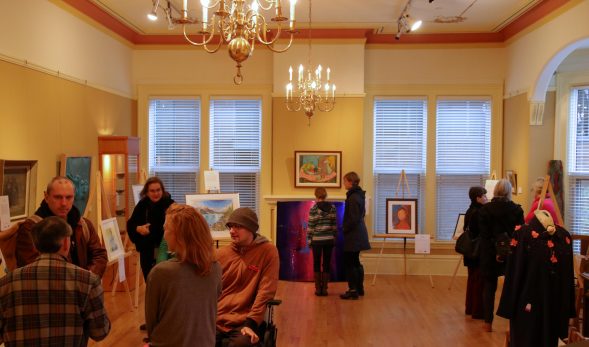